My training is in the studio arts, the graphic department being housed in a separate wing of my university. So I had never considered doing illustrations. I knew of friends who had done them, even successfully (meaning it was an engaging as well as lucrative project for them), but I had never considered them as something that I might do.
However, my wife, Bassia Bar-Chai (see link below for her works), a formidable writer in her own right, was editing the text of a friend’s book, a charming story about a boy who finds a magic bottle and goes on some adventures. I thought, ‘why not give it a shot,’ and tried my hand at a few sketches which led to the small oils which you see here, illustrating our friend's story. 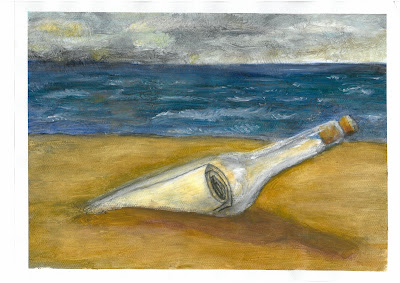 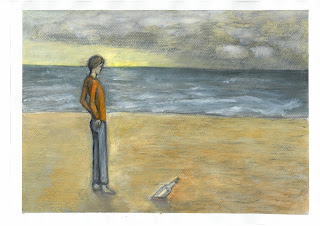 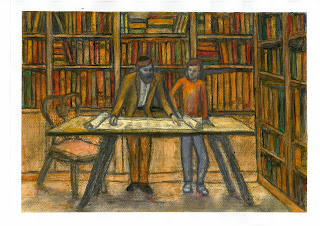 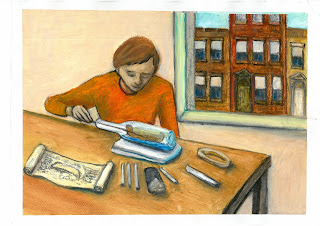 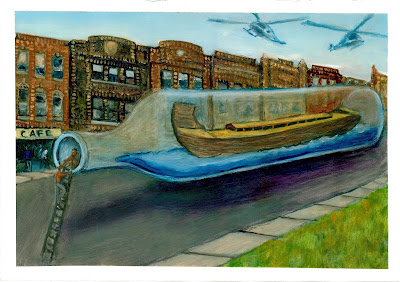 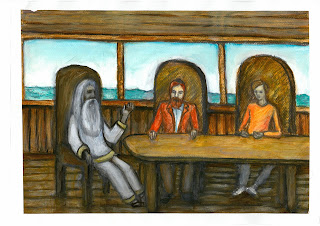 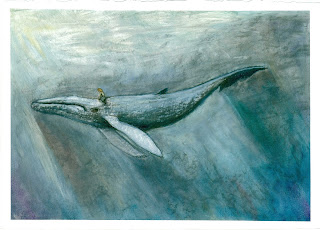 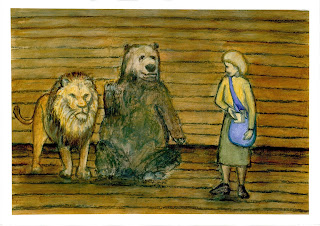 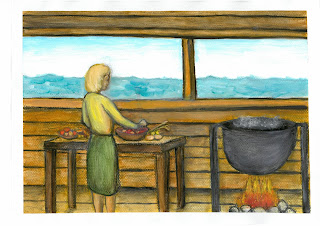 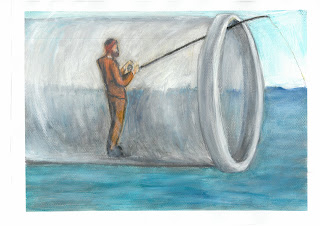 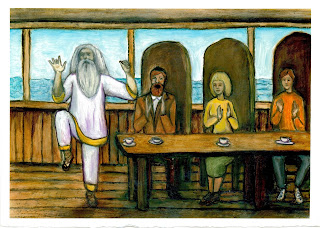 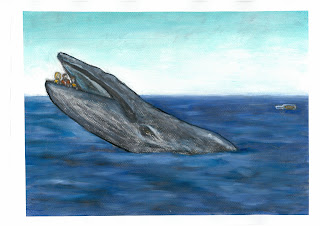 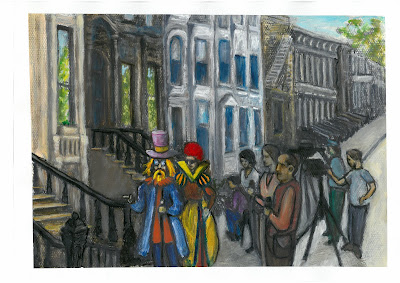 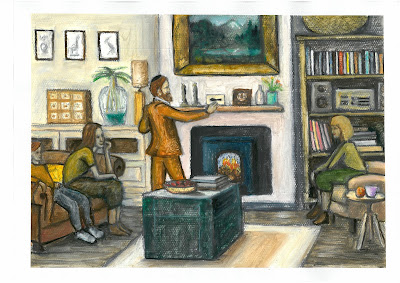 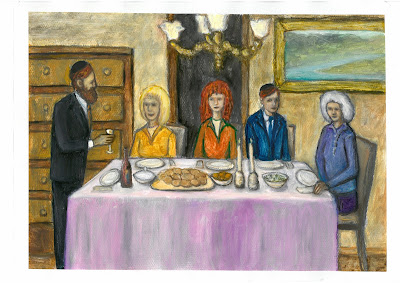